Greenstone Lobo is a celebrity astrologer and Human Resource professional. He has the distinction of being the only astrologer on the planet to have discovered the relevance and influence of planetoids X (NASA: 2007 RH283), Y (NASA: 1999 JV127) and Z (NASA: 2008 FC76) upon human destiny.

He is the author of the book, What is Your True Zodiac Sign? (Celestial Books), Howzzat? 50 Predictions on Indian Cricket You Won’t Believe (Readomania), with a few others in the pipeline. He has been writing a regular column on sports astrology, Octozone, in the popular Indian daily, DNA, since 2008.

He has also been a columnist for Anandabazar Patrika and Sportskeeda.com. His opinions, advisory columns, predictions and articles have been published in Times of India, Mumbai Mirror, The Telegraph, Life Positive and Sangbad Pratidin. Besides this he has appeared on RadioCity, Radio One, Radio Mirchi and KCOR (USA). 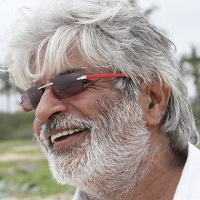 Jayant Kripalani is an Indian film, television and stage actor and director. He is best known for his performances in television series such as Khandaan, Mr Ya Mrs and Ji Mantriji.

He graduated from Jadavpur University, Kolkata with a degree in English Literature and has worked in the advertising industry before moving to film and television.

He is actively involved with theatre and continues to act on stage as well as on screen. 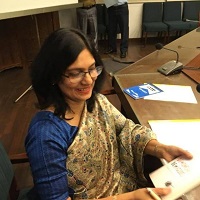 Aparna Jha is a lawyer practising in the Supreme Court of India. She studied at the Faculty of Law, University of Delhi.

She worked briefly as a legal editor in a dotcom company. She is also associated actively with social work.

Jha is the author of the short story collection Black, White and Polka Dot and the novel Memsahib. 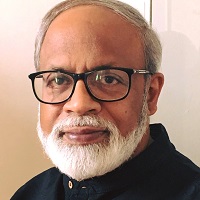 He is an author, award-winning journalist, documentary filmmaker, and corporate trainer. He has 41 years of varied media experience with newspapers, television channels, and the new media. He started as a columnist with Poona Herald in 1977.

He was a reporter with The Times of India, associate editor, India Today, executive producer, Business India Television, TV Today, roving editor of rediff.com an advisor at The Energy and Resources Institute and managing editor, India Legal.

He is presently Adjunct Faculty at the Symbiosis Institute of Media and Communication, Pune. 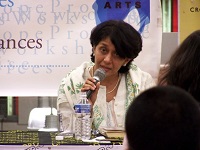 She holds three postgraduate degrees in literature and pedagogy from India and France and has been the recipient of several scholarships and fellowships and the Edige Artist’s Residency in Paris.

Her first novel, My Little Boat, published by Penguin India, was nominated for the international IMPAC Award, and the sequel was long listed for the Man Asian Literary Prize 2009.

She has also published stories in several anthologies including the South Asian Review (USA) and Our Voice (the PEN International Women Writers’ anthology in English, Spanish and French). 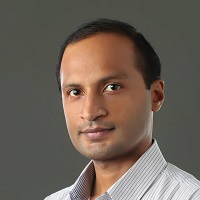 Jimmy Mathew was brought up in Thrissur, Kerala. Jimmy was a voracious reader throughout childhood. He completed basic medical training from Medical College, Trichur, and was trained in surgery (MS) from JIPMER, Puducherry.

After completing Plastic Surgery training (MCh) in Calicut, he worked in many hospitals including St Johns, Bangalore. Now he works as Associate Professor and Consultant Reconstructive Micro Surgeon at Amrita Institute of Medical Sciences at Kochi.

He has more than fifteen academic publications. His Poems and stories have been published in various journals. The Stethoscope and the Scalpel- a collection of short stories was published by Paras in 2011. 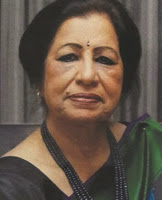 She has an MA in Psychology from Aligarh Muslim University and a PhD in Hindi Literature from Punjab University. She is the director of Chiranjeev Bharti School.

Vibha Batra is a copywriter by profession and fiction writer by passion. Her literary pursuits took off when she translated her grandfather Late Shri Vishnu Kant Shastri’s book on the Ishaavaasya Upanishad (Rupa & Co., 2007).

Preethi is a software engineer by profession. Her childhood hobby of storytelling finally led her to writing this novel. 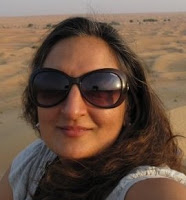 Gauri is the founder of Active Holiday Company. She is an athlete, writer and traveller.

Vinita studied at the Central Institute of English and Foreign Languages. She has taught English at the University of Delhi.